'Mars478, the creator of the GrayBook, the SimasiMac Smilie and Reviver of dead iPhones! I enlisted in the 68Kmla for the sole purpose of Fixing my Macintosh Classic 2, once I joined I realized that I have found an awesome community of friends. I feel very privileged to be a part of this wonderful community. Oh and my Mac Classic 2 is still dead :)

iMac G5, Got from free from the Computer lab I work at, The Specs of this guy are: 1.6GHz, 1GB RAM, 500GB, 10.5.8. This poor G5 is on it's last legs, it has the leaky capacitor problem and the Power Supply whines like a cat. I am going to either repair this machine or get me an Intel iMac White in the near future from a friend.

eMac: I got this from the computer lab as well, It sure was an interesting haul from my school. This machine is a Behemoth and has a slight problem with a Dimming CRT, Specs are: 700MHz, 1GB RAM, 40GB, 10.4.11

iBook G4 1GHZ: Got this one from a family friend who had a surplus of Macs that were unused, this person supposedly has a TiBook somewhere for me. Specs on this one are STOCK Unmodified and makes me think it was either Custom or Top line: 60GB, 1.5GB, APX, BT, Either A combo drive or Super Drive, I have to take a look to remember. This one has a two shade keyboard using keys from some spare iBook G3 Keyboards I got, and a Pink Apple because it is my Mom's current laptop. She loves it very much and promises it will return to me once I upgrade her or she gets a new laptop.

iMac G3 350MHz: Got this from the lab and for a time it was my main desktop computer. It was replaced by my iMac G5, and it has about 640MB RAM and is currently running Mac OS 9 and has a 30GB Hard Drive

iMac G3 233MHz: Got this from the lab as will all my computers. It's running OS 8.5 and has 64MB Of RAM and has everything stock un modded. This is a REV A model and is in great condition.

iBook Graphite 466Mhz: Lab: 192MB, Running 10.4.11, 20GB HD, Very nice condition It has an airport card in it. This has a small Mod I did which is putting a Slot loading Combo Drive instead of a tray loading drive. I had to sacrifice the Bezel unfortunately and it has no bezel now.

iBook Graphite 466MHz "Server at the ready: Some amount of RAM I have forgotten about, Running 10.4.11 SERVER, which I got from the lab, And has a noisy 10GB HD. Ready to be a server when one is needed. Very good condition.

Macintosh Classic 2: Bought from ebay in hopes to fix it, but I broke it even more.

Macintosh 512k: I bought this from a guy for Free+Shipping (40$), it has a mouse but no keyboard. I do not have an OS floppy for it sadly.

Macintosh IIci x2: A guy from FreeCycle shipped this to me and he even paid the shipping, these two IIcis came in a big lot with tons of accesories and floppies etc. They both work as far as I have tested them, one of them does have the clunking power supply but the other works fine.

Performa 6214CD: I got this from the computer lab and saved it from being thrown out, it was a teacher's and we did data recovery on her 1GB IDE Hard Drive.

Power Macintosh 8100/110: I found this on the curb along with other devices such as two external dual hard drives, keyboard and mice. Sadly the machine itself does not power up but it's a monster of a machine in terms of size, and I do hope to fix it one day.

PowerBook 150: A FreeCycle conquest, it worked when I got it, and I got it for free and the lady delivered it to my home. When I was fixing the non-working floppy drive I shorted something out by putting the hard drive back in incorrectly and now sadly it does not work.

Power Mac G3 B&W 400MHZ (Dead): Saved this from the curb, it is a high end system for it's time, sadly it does not boot up, and what I mean is, it gets power but does not display anything or chime at all. I have tried a processor swap with no joy. I was planning this to be the new InsanelyWind Server but it did not come to be.

Will be updated with all machines, pictures etc...

MSI Wind 432-US: My Third laptop I owned, I got this in Christmas of 2008, and I got it for the main purpose of Hackintoshing it. I have become very involved in this Machine though it is not my Main laptop anymore. I am the Admin at a forum called InsanelyWind. This laptop has been running OSX since December 2008 and still is. It currently has a crappy 80GB drive though I am thinking of getting a fast 16 or 32GB SSD for it. It used to have a 320GB Scorpio Black but that now resides in my GrayBook. I have a white Keyboard on this machine even though the whole machine is black. A small mod I did :)

HP DV6700: Got from a friend who got a UMPB 13" and specs are: Centrino Duo 2.2GHZ, 2GB Ram, 250GB HD, 8600M GS Graphics (Pretty awesome), Vista/Tiny7. 15" Screen. The friend stated it was half broken but a simple Vista reinstall fixed that problem. All the crap and nagware was slowing the computer to a grind. (Attempting OSX install currently)

IBM ThinkCentre UbuntuServerHack: Some P3 IBM Desktop that I use as an FTP Server for InsanelyWind, currently offline.

Dell C530 Laptop: From a friend, an Old PC that runs Fedora. Not used at all.

HP ZD8000 "Hulking 15-min battery monster": Got from some family friends, this guy has a 3GHZ P4 and was running OSX. It has 1.25GB RAM and it is now running Fedora 12. I Hackintoshed it for the friends and the hard drive was acting up and getting 1 and 2 scores in Xbench, Fedora complains it has many bad sectors. I am looking for a new one. (Attempting OSX Install)

HP-Compaq EVO Server W8000:2.2GHZ Xeon, 1 or 2GB of RAM, was used in conjunction with an Avid system, It had Windows 2000 on it and has a 40GB Drive and a DVD-RW Drive in it. It has like 10 Drive bays in it. It's an amazing potential server machine. But shoot it's loud.

Dead ThinkPad Something or other:A Dead thinkpad A31

iPhone 3G White: Bought from a friend for 40$ pretty battered up, I replaced the digitizer and glass for a nicer one but the back remains beat up. It wears a nice case to cover up the embarrassing back. I have arranged to buy from this same friend a Black 3GS 32GB when the 4th Generation iPhone comes out for the same great price of 40$, Last Gen tech FTW!

iPhone 1G 8G (Dad's): My friend in some magical way ended up with an extra iPhone, he is from china and I helped him out when he arrived in USA, and he gave me this iPhone as a gift for my help. It was hard to accept such a gift but I made do :), I received this phone in March 2008 and it's a refurb and I never had problems with it. It was mine until June 2009 when I got my iPhone 3G

iPhone 3G 8GB Black: Got from a friend, it got dropped in a puddle and was presumably dead. A MotherBoard wash with diet coke, dry rice, and alcohol revived it. With a new screen and camera it was as good as new, it's my mom's.

iPhone 3G 8GB Black: Bought from a friend for 40$, the glass digitizer was cracked, I removed it and a new 16$ Digitizer fixed the problem. BAM New iPhone. It belongs to my sister.

iPhone 1G 8GB (Dead): This one has a problem with the main ribbon cable, attempting a fix, it's currently in pieces, there is hope that another friend will soon bring me a 1G iPhone with a cracked digitizer, and I can combine both of these to make a nice spare iPhone (Or sell it to get an iPad :D)

iPod Touch 8GB: Got for winning a bet from my mom, that I could learn to solve a Rubix Cube in a week. I won and it's one of the release models. It's in Stellar condition, running some form of 3.0, this was my first iTouchdevice.

iPod Touch 16GB (The destroyed one): My friend came up to me one day and said "Here, you can have this" and she handed me this iPod Touch. It's a 16GB Model with a shattered front glass panel (Mind you the LCD Screen underneath works fine as does the digitizer). The home button was wonky as well but it works and it's a proud part of my collection

iPod Nano Pink 2GB 2G: Spotted by me on some girls spanish project poster, this iPod was washed through a washing machine and presumably broken, but I somehow revived it. The backlight does not work but everything else does.

FrankenPod 5/6G: This was built out of a good iPod 5G and a beat up 6G. I used the mobo from the 6G in the back case of the 5G and the screen from the 5G, the front panel and scroll wheel are from the 6G but the center button is white from the 5G. The screen is strange though, colors are not displayed properly but all of it functions just fine.

iPod Shuffle 1GB: First Generation model, I got this from my dad along with the 5G iPod when I gave him my iPhone 1G. This is one of those that was part of the strange partnership between Apple and HP since it has an HP label on the back.

iPod Shuffle 1GB 1G: Got this as a christmas present a few years ago, it is the second gen model and it is graphite metal.

Other devices of interest:

RAZRsx3: One T-Mobile, One Verizon (In Pieces), and One ATT.

Nintendo DS Lite: Bought a while ago, black model. The lower touch screen has lots of dead pixels, it must be defective.

PSP 1000 x2: One I bought when the PSP first came out and the other I bought a few months ago from a friend for 10$ 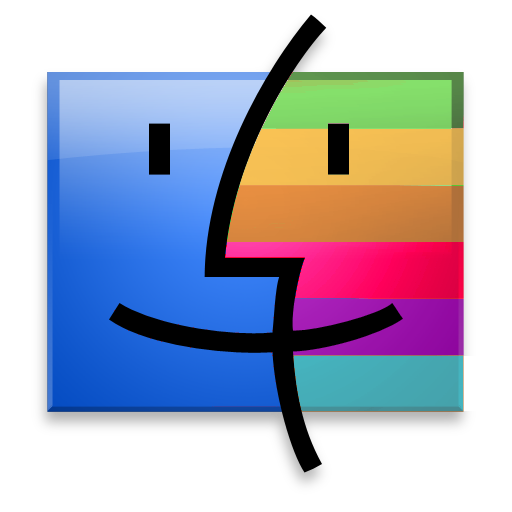